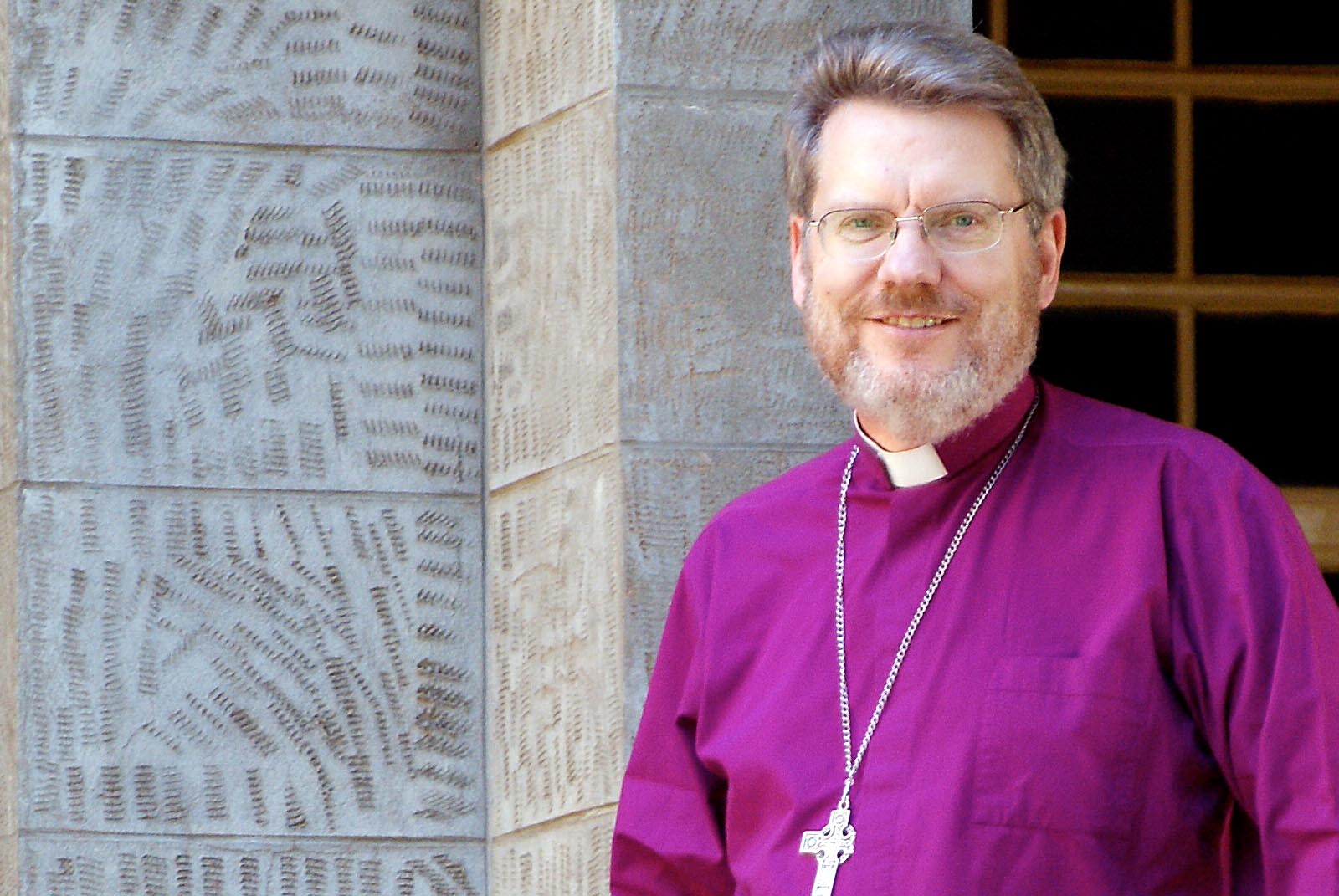 In March 2012 John was elected as the Seventh Bishop of the Diocese of Willochra in South Australia. The Diocese encompasses some 900,000 sq km. He was installed as the Diocesan Bishop on the 30th June 2012.

LEARN MORE ABOUT THE BISHOP'S HOUSE

John was born on the 11th March 1956 in Bexley Heath, Kent, England (he is a ‘Kentish Man’; having been born west of the Medway River); he is the youngest of three children. He learnt from an early age to enjoy travel as his father was in the regular army and was posted to Tripoli, Libya six months after he was born. A subsequent posting, in the early 1960’s, was to Elizabeth in South Australia with John’s father being involved in the assembly and testing of guided weapons at Woomera. John commenced his primary school education at Elizabeth South Primary School. Eventually the family settled in Canberra in 1967 where John completed his secondary school education and attended what is now the University of Canberra where he was awarded a Bachelor of Education.
John developed a passion for the theatre in his last couple of years in secondary school and became an active member of the Canberra Repertory Society. John and his wife Jan met at Repertory but were also studying for the same degree. John proposed to Jan following a performance of a ‘Mid-Summer Nights Dream’. They were married in 1979 and have two sons – Andrew who is married to Bronwen and Chris. Both Jan and John are pleased to have a daughter in the family – Jan more so as it means she is not outnumbered three to one anymore.

John taught in Primary Schools within the ACT education system for fifteen years, completing his teaching career as the Principal of Tharwa Primary School, a small rural school to the south of Canberra.

John had left the church at thirteen and returned in his early thirties following a period of seeking for meaning and purpose. He and Jan attended St. Mary-in-the-Valley, South Tuggeranong in the ACT (the parish incorporated the village of Tharwa). While a parishioner at St. Mary’s John felt the call of God to ministry, eventually recognised as a call to the ordained ministry. He undertook his studies for his Bachelor of Theology at St. Mark’s National Theological Centre, Canberra. He was ordained Deacon in 1995 and Priest in 1996.

John served his curacy at St. Saviour’s Cathedral in Goulburn and was also the half-time chaplain at the Goulburn Correctional Centre and Warden of Wollondilly Retirement Village. He has exercised his ministry in Tumbarumba/Batlow (South-West Slopes Ministry District – a Ministering Community in Mission), Hackett in the ACT and for five and a half years in the Anglican Parish of Wagga Wagga as Archdeacon for Continuing Ministry Development.

John was consecrated Bishop in August 2009 and served as the Assistant Bishop of the Diocese of Bathurst; this included the role of Ministry Development Officer and Principal of the Company of the Good Shepherd. John and Jan lived in Dubbo.